Oneinforty.org - our own TTT sister, Debra, tells her story 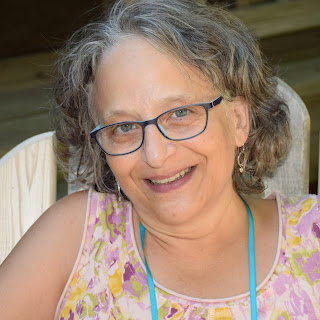 This piece was written and presented by our own TTT sister, Debra:
My name is Debra and I am that one in forty Ashkenazi Jew that has a BRCA gene mutation. I think my story is compelling evidence for every Ashkenazi Jew to get tested for the BRCA gene mutations. If it hadn’t been for the BRCA test, I wouldn’t be here today.
Here's my story.
About five years ago my first cousin contacted me to tell me that she was at a work conference where they were giving out a free genetic test. On a lark my cousin decided to take the test only to find out that she had the BRCA gene mutation. I remember her telling me this and thinking that it really wasn’t something that I had to worry about, especially since there was really no history of cancer in my family. Honestly I didn't know much about the BRCA gene mutation and I certainly did not know that my Ashkenazi Jewish heritage put me at an extremely high risk for inheriting this mutation.
My cousin wanted to see which side of the family this mutation was coming from so she asked my father, her father’s brother, if he would be willing to get tested. My father agreed and to my shock he too carried the same genetic mutation as my cousin.
At that time I had no idea that since my father had this mutation that I had a 50/50 chance of having it myself. I debated for about six months as to whether or not I should get tested to see if I too carried this mutation. I was on the fence as to whether or not I should get tested until I had a discussion with my gynecologist. She said to me, "How do you think you would feel in six months if you are diagnosed with cancer and there was something you could have done to prevent it?” I thought about this and decided that I would be proactive and get screened.
Unfortunately I found out that, like my father and cousin, I too carried the same mutation. Since ovarian cancer is so difficult to detect and there is no early screening for it, the recommendation of my doctors was to have my ovaries surgically removed as a preventative measure. My cousin already had this prophylactic surgery and felt strongly that I should have it as well. After a lot of consideration I decided to proceed with the surgery.
One week after my surgery I received a phone call with the pathology report that came back with a diagnosis of ovarian cancer. I was devastated. After three weeks of recuperation from the preventative surgery I was scheduled for a complete hysterectomy followed by several months of grueling chemotherapy. The doctor told me that I had a very aggressive form of cancer and, had I waited another six months without getting tested, by the time I started having symptoms, it would have been too late.
Luckily my cancer was caught early and my chances of it not returning are excellent. Also, cancer caused by the BRCA gene mutation responds well to treatment. Two years later I made the difficult decision to have a preventative Mastectomy. With my risk of getting breast cancer still extremely high I didn't want to take any chances.
I feel very fortunate to have gotten tested for the BRCA gene mutation when I did because it saved my life. My motto now is “Knowledge is Power!"
Posted by Margaret Mastrangelo, M.S., FNP at 11:20:00 PM