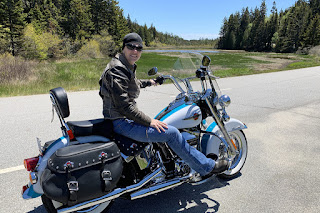 Do you know the signs and symptoms of ovarian cancer?  I didn't think so.
My name is Donna Wiegle and I am living with advanced stage cancer. Three years ago, I was diagnosed with stage IIIB ovarian cancer and given a 5-year prognosis. It took my medical team more than two years to figure out what was wrong with me.
Over the past three years, I have heard many stories that were like mine. I have met women who knew something was wrong with them and they felt like no one was listening. They received diagnoses of irritable bowel syndrome, GERD, urinary tract infection, diverticulitis, chronic fatigue, and even suggestions of mental health issues—no one suspected ovarian cancer.In her lifetime, a woman’s chance of getting breast cancer is 1 in 8.  Her chance of getting ovarian cancer is 1 in 78.  With no screening tests for ovarian cancer, by the time most women are diagnosed, they have stage III or IV cancer with  5-year survival rates of less than 39% and 17%. Ovarian cancer ranks fifth in cancer deaths among women, accounting for more deaths than any other cancer of the female reproductive system.  Breast cancer’s color PINK is everywhere helping to raise awareness about the disease.  Ovarian cancer’s color is TEAL, which is virtually nowhere to be found.  If I asked the next ten women I meet what the symptoms of ovarian cancer are, I would be surprised if any could tell me.  I would also be surprised if the next ten people working in the medical field could tell me the symptoms of ovarian cancer.  This MUST change!TEAL on WHEELS will encompass my mission of spreading ovarian cancer awareness across the United States. I plan to make this ride solo—just me, my bike, and my message.
I found the perfect bike...a teal and white 2016 Harley Davidson Heritage Classic motorcycle that I will ride across the country.   A leather jacket with a TEAL on WHEELS logo on the back and a flag with a teal cancer ribbon proudly displayed on the back of the bike will draw attention to me and the bike.  This will allow me to share my message at gas stations, hotel parking lots, restaurants, highway toll booths—everywhere I go. 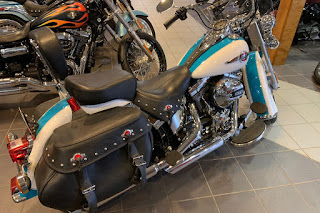 I plan to schedule stops along with way to talk with women’s groups, to doctors and nurses at medical centers—I might even show up at churches on Sunday mornings to spread my message.I will be carrying business cards with the symptoms of ovarian cancer—abdominal bloating, lower back pain, frequent and urgent need to urinate, fatigue—symptoms that are easily dismissed by women and their doctors.  Unlike other cancers, there are no screening tests for ovarian cancer, only symptoms.September is Ovarian Cancer Awareness month and that is when I will be riding across the country sharing my message.  TEAL on WHEELS will be a month-long ride.In addition to raising awareness, I want to raise money to be donated to two non-profit cancer organizations.  The first, Ovarian Cancer Research Fund Alliance (OCRFA) is the largest ovarian cancer research organization in the world.  OCRFA works to advance research to prevent, treat and defeat ovarian cancer.

The second non-profit organization, Turning the Tide Ovarian Cancer Retreats, Inc. has a different mission. Since 2012, Turning the Tide has hosted ovarian cancer patients and survivors living in the Northeast, for a 5-day retreat at Camp Kieve in Nobleboro, Maine. Turning the Tide Ovarian Cancer Retreats offers women the opportunity to come together and bond creating a Teal Sisterhood at a beautiful lakefront setting.  All the donations received through this GoFundME campaign for the TEAL on WHEELS Ovarian Cancer Awareness Tour will be handled by the Beth C. Wright Cancer Resource Center, a non-profit organization in Ellsworth, Maine.  Michael Reisman is the Executive Director of the Beth C. Wright Center and will be managing all of the donations for TEAL on WHEELS.I intend to make this ride as a solo journey, but I can’t do it alone—I need your support. Won’t you help me by donating to TEAL on WHEELS?
Posted by Margaret Mastrangelo, M.S., FNP at 6:36:00 AM