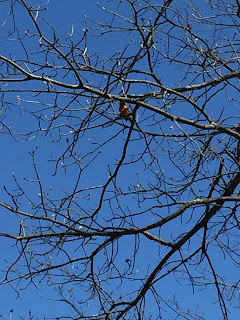 This article first appeared on the UCSF website and was written by Jeffrey Norris.

Many cancer patients might respond better to treatments with the help of a new prognostic indicator based on a distinctive pattern of gene activity within tumor cells, according to a new study of human cancer data and experiments on human cancer cell lines grown in the lab.

The new research, led by scientists from UC San Francisco and the Catalan Institute of Oncology, in Barcelona, Spain, shows that the newly identified pattern of gene activity is present in many cases of the most common cancers and could be used to predict who is most likely to benefit from “genotoxic” therapies, which include common treatments such as radiation therapy and long-standard chemotherapies.

“The test panel we developed should prove predictive of patient response to genotoxic therapy, and we expect it to be a key for optimizing treatment – either through escalation of the dose in patients with poorer anticipated sensitivity or by combining therapies synergistically that target mechanisms through which tumors resist treatment,” said UCSF’s Mary Helen Barcellos-Hoff, PhD, professor of radiation oncology, who is co-senior author of the new paper with Miquel Àngel Pujana, PhD, of the Catalan Institute.

The work is published in the Feb. 10, 2021, issue of Science Translational Medicine.

Genotoxic treatments, whether chemotherapy or radiation therapy, cause DNA damage, and rapidly dividing or genetically unstable cancer cells are most susceptible to the damage induced by these treatments when they have defects in DNA repair pathways.

Many standard-of-care regimens for different cancers exploit these inherent defects in repair pathways, but patient treatments could be further optimized by knowing which pathway is defective in a given tumor. The new paper offers a method to identify a particular repair pathway that makes tumors most susceptible to genotoxic treatment. Use of the new method could help doctors choose the best therapy by identify which patients may get the greatest benefit.

A key component of the favorable prognostic profile the researchers identified in the new study is loss of activity normally triggered by a signaling protein called transforming growth factor-beta (TGF-b). For decades, Barcellos-Hoff’s research has focused on the way that TGF-b affects the response to radiation treatment.

“The adage in my lab is that TGF-b is the center of the universe, because it touches on just about everything that goes on within cells and tissues,” Barcellos-Hoff said. But despite its myriad of functions, Barcellos-Hoff nonetheless was surprised to discover more than a decade ago that TGF-b also influences DNA repair within cells.

When she subsequently learned from a colleague at a scientific meeting that human papilloma virus (HPV) suppresses TGF-b signaling, she became even more intrigued about how the role of TGF-b in DNA repair might affect cancer treatment responses. Head and neck cancers associated with HPV often respond well to genotoxic drugs. “The standard of care, chemotherapy with cisplatin along with radiation therapy, leads to 70 percent remission in HPV-positive head and neck cancers, but only 30 percent in HPV-negative head and neck cancers,” Barcellos-Hoff said. “We tied the loss of TGF-b signaling to a DNA repair shift that underlies this clinical observation.”

In the new study she and her colleagues demonstrated that a mechanism of DNA repair called alternative end-joining is the link between loss of TGF-b signaling and responsiveness to genotoxic cancer treatments. The researchers also found that the degree of TGF-b signaling, as measured by downstream gene activity, varied widely from tumor to tumor.

Normally, cells rely on two DNA repair mechanisms. The prime mechanism is homologous recombination, which corrects mistakes made during DNA replication during cell division. Cells use a second mechanism, non-homologous end-joining, to repair DNA damage from everyday wear and tear. TGF-b signaling keeps these two DNA-repair mechanisms at the forefront.

A third mechanism, alternative end-joining, is error-prone, so it is seldom used by normal cells, except for some components used by the immune system to randomly generate an immense number of distinct antibodies. TGF-b signaling suppresses this repair mechanism, which helps cells repair DNA well. In cancers in which TGF-β signaling is lost, the good repair mechanisms are decreased and error-prone repair by alternative end-joining increases. Together this makes cancer cells more likely to be killed by therapy.

The scientists identified a set of genes associated with TGF-b signaling, and another set of genes associated with alternative end-joining to interrogate The Cancer Genome Atlas, a public database with gene expression profiles from more than 10,000 primary cancers, as well as information on treatment outcomes. The researchers found that the gene signature for TGF-b signaling was anti-correlated with the expression of genes involved in alternative end-joining, the error-prone DNA repair mechanism, in every one of the 17 solid cancer types they evaluated, except for pancreatic cancer.

Consistent with error-prone repair, more of the genome was altered in tumors classified as both low TGF-b and high alternative end-joining, and, consistent with a greater killing of cancer cells by chemotherapy and radiation therapy, the corresponding patients had better outcomes in response to these treatments.

In addition, the researchers found that drugs that block TGF-b signaling increased the expression of genes associated with the normally suppressed alternative end-joining DNA-repair in human cancer cell lines.

Drugs that target TGF-b are not yet clinically available, but they are under development.

“This feature of cancer reveals opportunities to improve the care of patients, from estimating prognosis to selecting therapeutic approaches that exploit this vulnerability,” Barcellos-Hoff said.

Authors: Barcellos-Hoff and Àngel Pujana are senior authors. First authors of the study are Qi Liu, now at the Institute of Biomedical Engineering, Shenzhen Bay Laboratory, in Guangdong, China, and Luis Palomero of the Catalan Institute of Oncology. They were joined by UCSF’s Jade Moore, Ines Guix, and John Murnane; Roderic Espin and Alvaro Aytés, also of the Catalan Institute; Jian-Hua Mao of the Lawrence Berkeley National Laboratory; Amanda G. Paulovich, Jeffrey R. Whiteaker, and Richard G. Ivey of the Fred Hutchinson Cancer Research Center; George Iliakis and Daxian Luo of the University of Duisberg-Essen in Germany, and Anthony J. Chalmers of the University of Glasgow.

Funding: Funding for the research came from the National Institutes of Health, the UCSF Department of Radiation Oncology, the Institut Català d’Oncologia and Departament de Salut, Generalitat de Catalunya.

Disclosures: Barcellos-Hoff, Liu, and Àngel Pujana have applied for a patent to use identification of defective DNA damage responses for treatment optimization in cancer.

The University of California, San Francisco (UCSF) is exclusively focused on the health sciences and is dedicated to promoting health worldwide through advanced biomedical research, graduate-level education in the life sciences and health professions, and excellence in patient care. UCSF Health, which serves as UCSF’s primary academic medical center, includes top-ranked specialty hospitalsand other clinical programs, and has affiliations throughout the Bay Area.