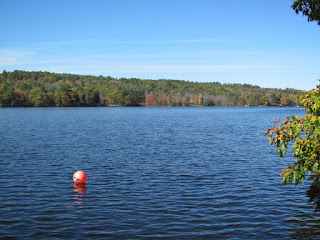 The Ovarian Cancer Research Alliance (OCRA) recently reported on this interesting study that was published in the journal Nature.
Cervical cell samples that are routinely collected as part of Pap smears may hold promise for predicting the risk of ovarian and other cancers, according to recent findings published as two separate papers in Nature — one focused on ovarian cancer and the other on breast cancer.
The researchers studied cervical samples collected at 15 different health centers in Europe from approximately 3,000 women — some with ovarian cancer, some with breast cancer, and some without either disease. The cervical cells were analyzed for specific “epigenetic footprints” that are associated with higher risk of ovarian or breast cancer, according to the scientists.
“Our studies have taken a completely novel approach and evaluate an individual’s risk for more than one cancer by assessing several different epigenetic footprints in a single cervical screening sample,” said lead researcher Dr. Martin Widschwendter of University College London, University of Innsbruck, and the European Translational Oncology Prevention and Screening Institute.
These “epigenetic footprints” are identified by looking at chemical modifications or marks to the cell’s DNA that occur via a process known as DNA methylation. These marks tell the cell how to read the DNA and act on it. But both environmental factors and lifestyle habits can alter these marks in a way that is damaging to how the cell behaves, which the researchers believe may lead to increased cancer risk in some cases. The tests that they have developed, which are named WID for Women’s risk IDentification, involve the use of an algorithm that has been trained to spot specific patterns in DNA methylation marks that correlate to an increased risk of ovarian or breast cancer.

“Importantly, the tests do not detect actual cancer but rather indicate genetic, lifestyle and environment risk factors associated with them and may be able to predict future risk,” according to a statement from The Eve Appeal, which co-funded the study.

The findings may pave the way for future screening tools, but more research is needed. The scientists plan to use large population trials to see whether the newly developed tests accurately predict cancer before it occurs.
“As with any new test, they will need trialing on a large number of the population over the next years before being available widely,” said Dr. Chiara Herzog of University of Innsbruck and the European Translational Oncology Prevention and Screening Institute, who is a part of the research team. “Our next research will also discover whether the tests are best suited for screening all women and people with a cervix, or only in those with a known increased risk of these cancers (e.g., people with a BRCA alteration or family history).”
Posted by Margaret Mastrangelo, M.S., FNP at 1:30:00 AM