Article from JAMA (Journal of the American Medical Association) 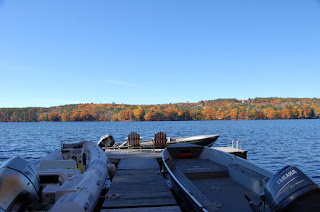 Thought this article might be of interest to women with BRCA + breast cancer mutations - worth passing along....

Key Points
Question  Are women with BRCA mutations who undergo risk-reducing salpingo-oophorectomy (RRSO) without hysterectomy at increased risk for uterine cancer compared with expected rates from the Surveillance, Epidemiology, and End Results database?

Findings  In this prospective cohort study, no increased risk for endometrioid carcinoma or sarcoma was seen. During a median 5.1 years of follow-up, 4 serous and/or serous-like carcinomas were seen in 627 women with BRCA1 mutations vs 0.18 expected (observed to expected ratio, 22.2), a significant difference.
Meaning  Women with BRCA1 mutations have an increased risk for serous and/or serous-like endometrial cancer that should be considered when discussing advantages and risks of hysterectomy at the time of RRSO.
Abstract
Importance  The link between BRCA mutations and uterine cancer is unclear. Therefore, although risk-reducing salpingo-oophorectomy (RRSO) is standard treatment among women with BRCA mutations (BRCA+ women), the role of concomitant hysterectomy is controversial.
Objective  To determine the risk for uterine cancer and distribution of specific histologic subtypes in BRCA+ women after RRSO without hysterectomy.
Design, Setting, and Participants  This multicenter prospective cohort study included 1083 women with a deleterious BRCA1 or BRCA2 mutation identified from January 1, 1995, to December 31, 2011, at 9 academic medical centers in the United States and the United Kingdom who underwent RRSO without a prior or concomitant hysterectomy. Of these, 627 participants were BRCA1+; 453,  BRCA2+; and 3, both. Participants were prospectively followed up for a median 5.1 (interquartile range [IQR], 3.0-8.4) years after ascertainment, BRCA testing, or RRSO (whichever occurred last). Follow up data available through October 14, 2014, were included in the analyses. Censoring occurred at uterine cancer diagnosis, hysterectomy, last follow-up, or death. New cancers were categorized by histologic subtype, and available tumors were analyzed for loss of the wild-type BRCA gene and/or protein expression.
Main Outcomes and Measures  Incidence of uterine corpus cancer in BRCA+ women who underwent RRSO without hysterectomy compared with rates expected from the Surveillance, Epidemiology, and End Results database.
Results  Among the 1083 women women who underwent RRSO without hysterectomy at a median age 45.6 (IQR: 40.9 - 52.5), 8 incident uterine cancers were observed (4.3 expected; observed to expected [O:E] ratio, 1.9; 95% CI, 0.8-3.7; P = .09). No increased risk for endometrioid endometrial carcinoma or sarcoma was found after stratifying by subtype. Five serous and/or serous-like (serous/serous-like) endometrial carcinomas were observed (4 BRCA1+ and 1 BRCA2+) 7.2 to 12.9 years after RRSO (BRCA1: 0.18 expected [O:E ratio, 22.2; 95% CI, 6.1-56.9; P < .001]; BRCA2: 0.16 expected [O:E ratio, 6.4; 95% CI, 0.2-35.5; P = .15]). Tumor analyses confirmed loss of the wild-type BRCA1 gene and/or protein expression in all 3 available serous/serous-like BRCA1+ tumors.


Conclusions and Relevance  Although the overall risk for uterine cancer after RRSO was not increased, the risk for serous/serous-like endometrial carcinoma was increased in BRCA1+ women. This risk should be considered when discussing the advantages and risks of hysterectomy at the time of RRSO in BRCA1+ women.